Smartphones have grown ingrained in the lives of people all around the world. The total number of users has surpassed 3 billion. Only the United States, China, and India have more than one billion smartphone users. Many of them have Android-based phones. This Post will let you know All About the Pros and Cons of Rooting Your Android Device in 2022.

In 2018, the number of Android smartphone users in the United States hit 120.5 million. In 2022, this number is expected to exceed 130 million. The cost of the devices that run Android is the secret to its popularity.

A full-featured Android phone is substantially less expensive than its Apple counterpart. Android smartphones are available at a variety of price points. As a result, users of various income levels can select a device that meets their requirements. However, there are a lot of issues with Android OS. Some folks get around this by rooting their phones. 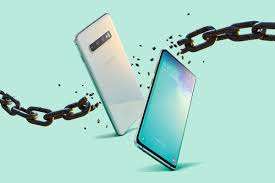 What is Rooting a Phone?

If you’re wondering, “What does rooting a device mean?” here’s a short explanation.

Rooting is the process of gaining privileged control over your Android device’s subsystems. It’s also known as root access. Rooting is commonly used by smartphone users to get around constraints imposed by hardware makers or to improve the technical capabilities of their handsets.

Because rooting gives you complete admin access to your smartphone, you can modify settings, delete built-in apps, and customize the system in any manner you want. What Does Rooting a Phone do?

Rooting allows you to do things you couldn’t before. You’ll obtain a rooted phone after following a simple procedure, which means it will have improved performance, memory capacity, and other features. Rooting allows for unlimited customization. This means you can personalize everything from the keyboard to the notification menu to the camera.

Here’s what you can do once you’ve successfully rooted your Android device:

Install Root-Accessible Programs: When you go to Google Play, you’ll notice that rooting is well-supported. Rooting is required for many bespoke applications. In exchange, they provide you a variety of options for improving the system performance of your phone.

Update your Software: You don’t need to wait for official updates if you have a rooted phone. You can apply any update you require right now to improve the performance of your phone.

Make your Own Kernels: Do you want to double the battery life and improve the performance of your phone? On it, install a modified kernel. Just make sure you do your homework and install the appropriate one.

Tethering is Available for Free: In the United States, some phone customers must pay extra for USB tethering. You can avoid the cost by rooting.

Remove all Bloatware: Android phones come with an abundance of apps that you will never use. They take up half of your phone’s memory and are impossible to delete. Rooting allows you to remove all of the unnecessary programs, free up memory, and make the UI look cleaner.

Pros of Rooting your Android Phone

Cons of Rooting your Android Phone

Does Rooting Involve any Dangers?

Although there are numerous reasons why rooted your phone is a good idea, it does have some disadvantages. We urge that you consider all of the hazards involved before beginning to root your smartphone.

If you’re new to rooting, do your homework first. You must exercise extreme caution because installing the incorrect file can cause your operating system to crash.

Another thing to keep in mind is that Google does not allow rooting, despite the fact that numerous rooted apps may be found on Google Play. Some manufacturers make unlocking a bootloader tough. As a result, inexperienced users may be hesitant to experiment with the system.

Is Ultimate Phone Spy possible to use Without Rooting my Phone?

People can pick between the Basic and Premium versions of Ultimate Phone Spy without rooting. You can begin monitoring someone else’s Android phone immediately after acquiring a subscription in this situation. You will get access to all basic monitoring options.

However, you must root your smartphone to access Ultimate Phone Spy’s additional functions, such as keylogging, social media tracking, and geofencing. But don’t worry; our knowledgeable support staff will assist you.

Although there are some disadvantages to rooting your Android device, it can be advantageous. The latest features can be installed on a rooted phone. Rooting your phone can extend the life of your device and prevent you from having to buy a new one.

It is entirely up to you whether or not to root your phone. Just make sure to weigh all of the advantages and disadvantages first.

6 Dating Apps Your Kids Shouldn’t Have on Their Smartphone A Comprehensive Guide to Monitoring Snapchat on Your iPhone Or Android in 2...
Scroll to top