Are you suspicious about your girlfriend lately? Do you think she’s playing you around? If your answer is an instant yes, then this is something that will absolutely interest you. If you have even a hunch, it’s best not to neglect it than to regret it later. Here is a tip to catch your girlfriend cheating with her phone on different apps.

Infidelity has become relevant while a common issue in recent times. With rapid innovations in the field of technology and the digital world, everybody wants to walk with time. But they’ve taken it in the wrong direction.

If you find your girlfriend cheating, it is better to use a spy app to monitor her cell phone. The Best way to hack any phone is using just the phone number to spy on her cell phone.

Like how every coin has two sides, growing involvement in social networking sites also has its own pros and cons. This is one of the most common reasons for infidelity. Your girlfriend might be having a virtual relationship or an LDR with some other guy she met on the internet. You don’t even have a clue about it!

Along with her tactics to woo you with her charm, there’s technology helping her hide her little secret. But there’s always some giveaway. Her actions will invite doubts. Not that these are bindingly true; however, the listed signs will act as our alert calls. 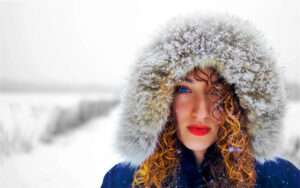 In case you still can’t figure out the situation, the final solution you’ll find here is the Ultimate Phone Spy app. It is literally a spying app that’s legit and safe. It’s compatible with both iOS and Android.

It is simply user-friendly. You only need to download the app from the corresponding app stores and grant the required permissions to it. Once you’re set, you just need to enter your girlfriend’s contact number.

This app lets you access her phone’s text messages, photo/video gallery, emails, and whatnots. The most amazing feature – your girlfriend, won’t even have the slightest of the clue!

If you want to hack your girlfriend’s phone with the phone number, you need to follow the following steps to get full access to the phone.

How to catch your girlfriend cheating on her iPhone

Is she acting distant? Does she not show affection towards you anymore? If your answer is yes, then you better act on it while there’s still time. You wouldn’t like to find it out later and think you had the chance to figure it out sooner, but you didn’t. Here is a tip to catch your girlfriend cheating on her phone easily

If your loving girlfriend usually made sweet gestures to make you feel special but has somewhat changed now, then something is not right. If you’re sure there’s nothing you’ve been missing out on, then surely there’s something your girl is hiding from you.

Does she live separately? Perhaps you’re in a long-distance relationship? Has she been constantly asking you about your whereabouts? If your answer to all these questions is a yes, then the solution you could use is to drop by unannounced. Sometimes, surprise her by dropping by unannounced. You can easily install spy software when you visit and install a remote app and monitor Facebook.

If she acts all jumpy and nervous upon seeing you, she’s probably hiding something from you. And if you’re absolutely correct about your hunch, you might catch her in the act. If not, well, what’s the harm in surprising your girlfriend now and then?

Is she constantly engaged with her phone? Is it all she can concentrate on even while you’re around? Does she try to keep it away from you? Probably, your answer is a yes here. The first thing you need to do on accessing her phone is checked her recycle bin and you can easily catch your girlfriend cheating with her phone

If your girl has already been down the hill towards infidelity, she probably will erase all that she has to hide from you. This keeps her in the blind spot. She’s probably playing the both of you around.

Has your girlfriend been unusually busy on social networking sites? Does she refrain from using them even while you need attention? If you’re answering affirmatively, then you must be very curious to know what’s going on in her social networking profiles.

If she’s doing more than just posting on her profile and also hides the same from you, what you need is immediate access to her phone. Go through her inboxes and see if you find anything suspicious.

Has your girl been making sudden changes in plans? Or has she been making strange ones? If she has been unavailable lately to show up for your proposed plans, you need to question her. She’s probably saving her precious time for something she doesn’t want you to know.

If she keeps turning her back on you, then this is not something you can easily let go of. If your hunch is right about her, she’s probably even least bothered about your feelings. Instead, she’ll be relieved if you end it with her. This way, she never has to explain to you. Maybe even somewhere you’ll end being the bad guy.

You’re suspicious about her intentions and want to keep a check on her? Then you need to change your schedule. Maintain a close check on her regular activities to make sure she’s not hiding anything from.

One thing that you can do is show up in the middle of the day when normally you won’t be home. Maybe catch her in the act?

You can also change your sleeping schedules. You don’t know if she’s busy elsewhere while you’re sleeping peacefully in your bed. You can pretend to be asleep, and then when she’s fooled, maybe go after her for clarification.

How to read your partner’s phone easily.

If none of the above tactics are workable for you, you can go for another option – getting access to her phone’s touch ID. Everything you can do privately is preferably done on your phone. You have several locks to keep them private, after all.

There’s a kick to it, though! Before getting yourself accessed to the touch ID of her phone, you need to spot her phone without a lock. Once you do that, Settings of the phone will guide you throughout in adding your fingerprint to the phone. Perhaps, replace or delete one if she has more than one saved fingerprint.

Infidelity is a growing concern. But sometimes, even these signs mean nothing, and your partner may not be hiding anything from you. The best answer to all your doubts and problems is, as experts suggest, communication. The Ultimate Phone Spy app is the easiest and quickest solution to find out about cheating.

The best way is to understand how it works on a phone.